A suspect in a Sunday shooting was arrested early Tuesday, according to a city press release. 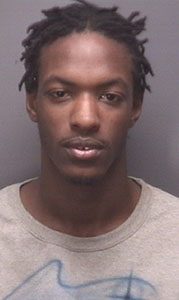 Tavarus A. Gray Jr., 21, was arrested without incident just after midnight, the press release stated. He was transported to the Western Tidewater Regional Jail, where he is being held without bond.

Corey Lovell Baker, 30, died in the shooting at 2:34 p.m. Sunday in the 1000 block of Nansemond Parkway, according to a city press release. He was pronounced deceased at the scene.

The shooting is still under investigation, and anyone with information is asked to contact Crime Line at 1-888-LOCK-U-UP. Tipsters can also submit tips by going to www.p3tips.com or by visiting the Suffolk Police Department website at www.suffolkva.us/spd and looking for the Suffolk Crime Line link. Tipsters never have to give their names or appear in court and may be eligible for a reward of up to $1,000.

One dead, one injured in shootings

One person was killed and one injured in separate shootings that happened over the weekend in Suffolk. Corey Lovell Baker,... read more