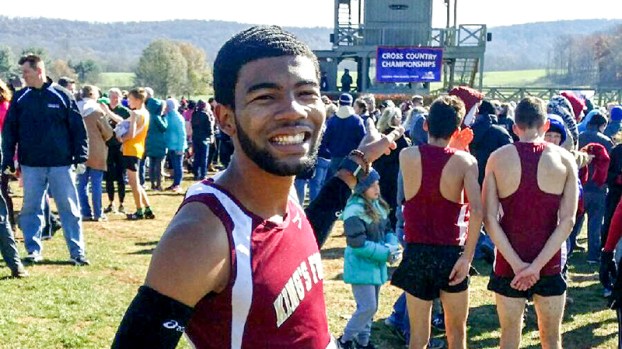 Shamond Smith advanced to the Class 4 state meet to represent the Bulldogs for the second year in a row. (submitted photo)

Smith finished his senior season of cross country as well as he could. With weather conditions not ideal last week, Smith went up to Great Plains to run in the Class 4 boys’ state meet. The Bulldogs senior finished with a time of 17:38. It was about 38 degrees with 25-mile-per-hour winds. There were heavy rains the night before that affected the course. However, Smith had some familiarity with it after running on the same course last year.

Last year, Smith became the first runner at King’s Fork to qualify for the cross country state tournament. This year, he became the first to repeat. His time this season was 10 seconds off of the time he ran last year.

“He had a better race strategically than last year,” Coach Steve Sheppard said. “We went out more conservatively in mile one and then picked off over 15 runners in miles two and three.”

Sheppard and Smith will now turn their focus to the indoor track and field season. Sheppard believes that Smith has all-state ability in long distance, as he has shown the last couple of seasons during the indoor and outdoor seasons of track.

Nansemond-Suffolk Academy volleyball team had three players selected to the all-conference teams. The Lady Saints had another strong season in... read more