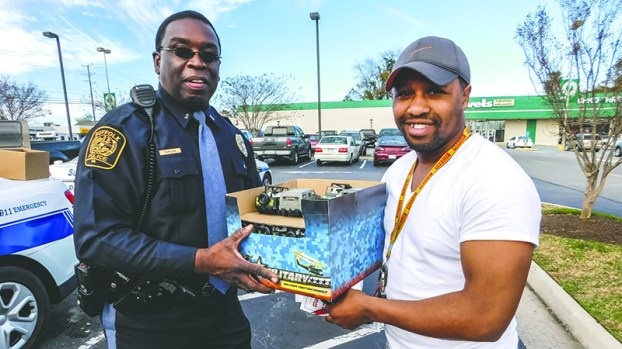 The Suffolk Police Department is asking citizens to “Stuff the Police Car” as they shop around the city during Small Business Saturday this weekend.

Officers will park their police cars in front of the Walmarts located at 6259 College Drive and 1200 N. Main St. on Saturday from 10 a.m. to 3 p.m. Their goal is to collect as many new and unwrapped toys as possible, which will then be donated to Toys for Tots for local distribution.

The department has collected everything from toy cars and stuffed animals to bicycles in previous years, and each year they typically come out of the event with carloads of gifts for boys and girls in need.

“We were very successful and filled up several police cars at both locations (last year) to donate to Toys for Tots, but we’re always looking to beat the year before,” Patterson said.

Quniana Futrell and her nonprofit organization Building Resilience in Communities will be helping children in the Hampton Roads community with... read more