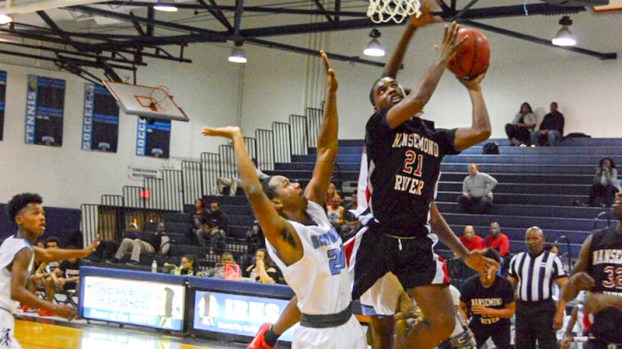 Braves take down Warriors in OT

The Warriors boys’ basketball team fell to the Braves in overtime Tuesday night on the road.

At the end of three quarters, Nansemond River had a 48-44 lead. The Warriors were able to keep going back and forth with the Braves in the fourth quarter, with the Warriors holding a 60-59 lead with 2:32 left to play. Indian River tied the game up with 62-62 with 55.3 seconds remaining. The teams then traded a bucket to go into overtime tied at 64.

In overtime, the Braves were able to sink a couple of free throws to take the win by two, 73-71. Jalil Langston led the team with 24 points, with Jeremiah Lewis following that with 21 points.

Nansemond River’s record dropped to 3-4 with the loss. Their next outing will be in the King’s Fork High School Holiday Tournament, which is next week.