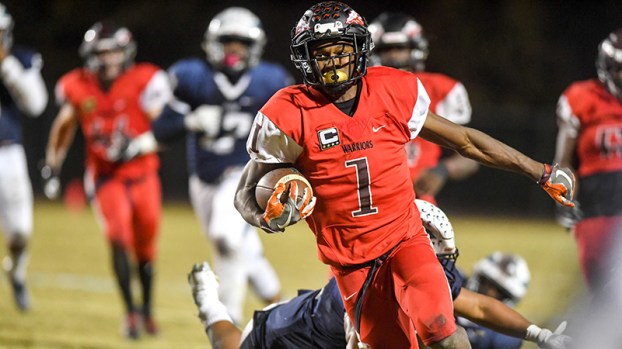 Nansemond River High School seniors JaQuelle Harrell and Kevin Johnson have been offered scholarships to play at the next level.

The Warriors finished up very good season back in the fall. They finished with a 9-4 record and a home playoff game in the Class 5 Region A playoffs. It was a solid follow-up to a season in which the Warriors fell a game short of the state championship back in 2017.

Two players who were significant parts of both runs were JaQuelle Harrell and Kevin Johnson.

Both players had strong senior campaigns in the fall. Johnson was a first team All-District running back and an All-Region running back. Harrell was an All-District linebacker. Recently, Johnson competed in All-Star games, getting more exposure to other schools.

As juniors in 2017, both were vital in what could have been a state championship year. National Signing Day is about a month away.