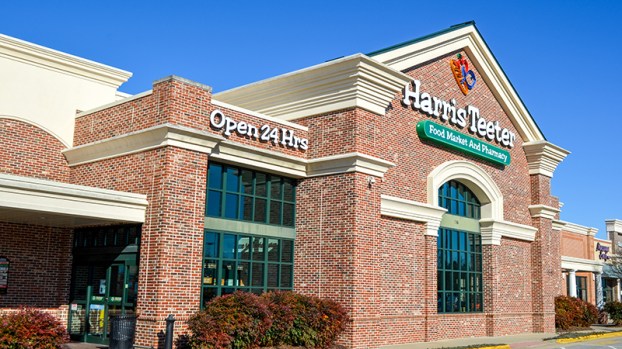 Harris Teeter plans to close its Harbour View location when it opens its new store at 3675 Bridge Road, in the Bennetts Creek Crossing shopping center.

Harris Teeter on the move

As one Harris Teeter in North Suffolk closes, another is planned to open down the road.

The Harris Teeter located in the Marketplace at Harbour View will close when the supermarket chain opens its new store in the former Farm Fresh building, located in the Bennetts Creek Crossing shopping center at the intersection of Bridge Road and Shoulders Hill Road.

No timeline has been released as of yet for the new store’s opening, according to Communication Manager Danna Robinson, but she told the News-Herald back in July that the Harris Teeter on Bridge Road wouldn’t open for business until this summer.

“We will not announce the opening date until we are two weeks out from opening doors,” she wrote in an email.

The Harbour View Harris Teeter was busy on Thursday afternoon, with customers moving in and out of the parking lot. There were mixed feelings among the shoppers when asked about the move.

Chesapeake resident Joe Watkins, 70, said he had no hard feelings about the Harbour View store closing, although he would like to see a Trader Joe’s or Whole Foods take its place in the shopping center.

“There’s plenty of grocery stores to go around,” he said.

But some took the news much harder. Portsmouth resident Linda Brown, 74, and her family had been shopping at the Harbour View grocery store since it first opened roughly a decade ago.

Her family had grown close to the staff over the years, largely because of their good service.

“For me it’s sort of like losing family, (and) it’s so convenient,” she said in the Harbour View parking lot.

In regards to the store associates, Robinson wrote an email to assure the community that they will still be seeing “the same friendly faces” in the new Harris Teeter.

“We will work closely with our valued associates to assist them through the closing process,” she wrote. “Each associate will be offered the opportunity to transfer to another Harris Teeter location.”

The new location will also be less than three miles from the Harbour View spot, but Brown prefers the current location for its “safer” parking lot.

According to Brown, because it’s located away from traffic on Harbour View Boulevard, drivers don’t cut through the parking lot to avoid traffic lights. But drivers frequently do that at Bennetts Creek Crossing, she said.

“It’s kind of a safe area (here), and I’m legally blind. I need something like that,” she said.

Elephant’s Fork Elementary School will have one classroom moving into the 21st century with the addition of dynamic and flexible... read more