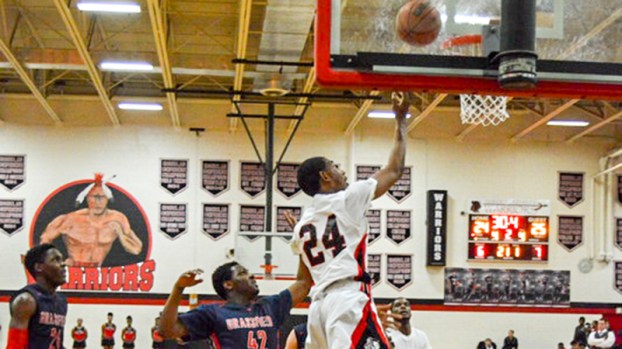 Rayshawn Murray lays the ball up for the Warriors. The Warriors won their second game against Grassfield High School this season. (Linda Lewis Photo)

With a 62-52 win, Nansemond River improved to 9-6. They defeated Grassfield for the second time this season behind a 21-point effort from Justin Fatherly. Jalil Langston added 14 points for the Warriors, and Jeremiah Lewis added 12 points to give the Warriors three double-digit scorers.

Next, NRHS will get a rematch with Oscar Smith High School at home Friday night. With the way the Warriors have been playing, they have a chance at an upset. Oscar Smith is among the best teams in the district and in the first matchup defeated Nansemond River 69-41.

Neecole Brown was voted Suffolk News-Herald Player of the Week after putting up 17 points, 10 assists and eight rebounds... read more