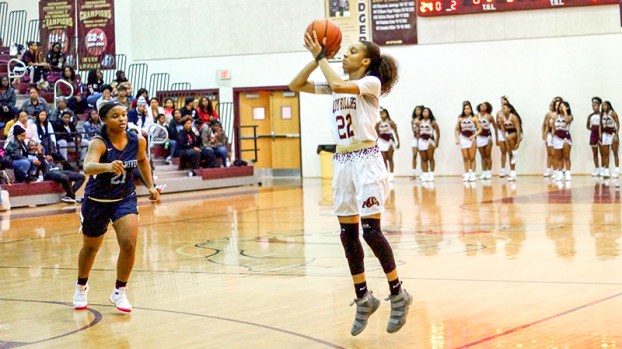 For the first time in the last few seasons, King’s Fork was unable to reach the state tournament. In an intense battle with Deep Creek High School, King’s Fork fell just short of winning the region championship. However, King’s Fork did pick up a regional win against Warhill High School on the road.

Because of how strong of a regular season and postseason the Lady Bulldogs had, they placed two players on the Class 4 Region A teams. Nylah Young led the way with a first team selection after also being named to the first team All-District. She had a strong case to be region Player of the Year as well.

Young called the accomplishment bittersweet because of how the Lady Bulldogs’ season ended; however, she was excited to be able to receive that kind of recognition from coaches. Young is likely to get an All-State nod as well.

“Our loss kind of hurt me, so at first I didn’t get too excited about it,” Young said. “But I am really excited that I am recognized as one of the top players in the area.”