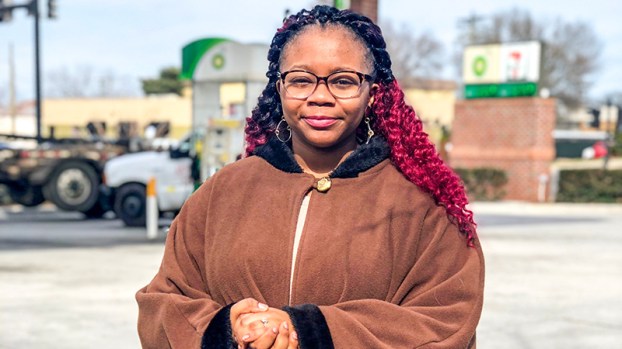 King’s Fork High School freshman Ayania Brown, 15, will be a delegate at the Congress of Future Medical Leaders that will be held in Lowell, Mass., this June. (submitted photo)

A Suffolk high school student will gain precious experience towards her dream career at the Congress of Future Medical Leaders in June.

King’s Fork High School freshman Ayania Brown, 15, will be a delegate for the honors-only program that will be held June 23-25 in Lowell, Mass. The event honors and guides the top students in the country that aspire to be physicians or medical scientists and provides resources for them to pursue these careers.

She was nominated to represent her school based on her academic achievement, leadership potential and determination to serve humanity in the field of medicine, according to the press release.

“This is a crucial time in America when we need more doctors and medical scientists who are even better prepared for a future that is changing exponentially,” said Richard Rossi, executive director, National Academy of Future Physicians and Medical Scientists. “Focused, bright and determined students like Ayania Brown are our future, and she deserves all the mentoring and guidance we can give her.”

Ayania was “shocked” to find out the news, she said, especially since it will feature important figures from the university that she hopes to attend one day.

During the three-day Congress, Ayania Brown will join students from across the country to hear about leading medical research from Nobel Laureates and National Medal of Science winners.

The students will learn about cutting-edge advances in medical technology, and receive advice from Ivy League and top medical school deans. Ayania said she’s excited to hear from the speakers that represent Harvard University, where she hopes to study.

“It will also just be a good experience for me as well,” she said. “It will open up doors for when I get into college and all of that.”

She’s also excited about being able to watch a live surgery and then ask the surgeon questions. She said it will be a great experience for when she one day becomes a neurosurgeon.

Ayania’s interest was sparked when she was very young. Her aunt, Nikesha Hence, had her first surgery for a brain aneurysm in 2003. She asked questions, and her aunt was happy to answer them.

“She explained to me everything that they had to do when she had to go into surgery, and I just found it very interesting,” Ayania said.

Her interest blossomed over the years. Now she’s constantly asking questions in science classes, and devouring all the medical shows that she can get her hands on.

“She has my TV-time tied up on Wednesdays and Thursdays,” her mother Drashana Alston said, laughing. “On Wednesdays it’s ‘Chicago Med’ and on Thursdays it’s ‘Grey’s Anatomy.’ She just found ‘House’ on Hulu, so now I have to relive that on the weekends.”

Alston suffers from a sickle cell disease, and her hematologist has trained her daughter in this area, as well.

“He was very open with her,” Alston said. “My hematologist kind of made her my unofficial, at-home hematologist.”

Along with becoming a neurosurgeon, Ayania wants to specialize in nanotechnology. She wants to make advances that would reduce the risk of infections and other concerns that come with brain surgery.

“I want to find different ways to make different brain surgeries less invasive,” she said. “We wouldn’t have to deal with as many problems with just opening up the person alone. There would be easier ways to go about it.”

The 35th annual juried photo exhibition will return to the Suffolk Art Gallery with an opening reception and awards ceremony... read more