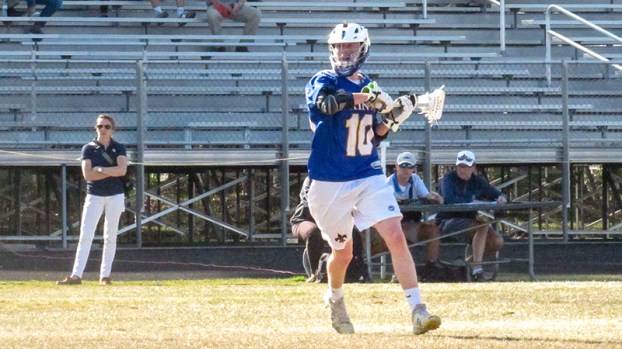 The Nansemond-Suffolk Academy boys’ lacrosse team got its second win of the season against First Flight High School at home Wednesday to move to 2-1.

The Saints took a 15-7 win. NSA is confident about the potential season they could have. After falling in the state semifinals game last year, the Saints have returned some productive players on that team.

“This year’s team has a lot of positives,” Coach T.W. Johnson said. “We have excellent leadership, quality depth and our skill level is higher this year.”

NSA graduated some talented seniors from last year’s team that were a big part of what was almost a state championship season. They do return Will Wren and Caleb Evans, both All-Conference and All-State performers last season. Simon Dowd and Adam Soper are poised to have strong seasons for the Saints and seniors Miles Birdsong and Mason Harrell have been off to strong starts.

In four of the past five seasons, the Saints have played in either the state championship game or the state semifinal game. Johnson is confident that the team he has this year can make another run similar to that success.

“I am confident this year’s team will work hard, so we have a chance to compete at a high level in May,” Johnson said.

To start the season off, NSA went to North Carolina over spring break and played in two games. They split the two games but enjoyed their time playing against good competition. In addition, they were able to take tours of the University of North Carolina and Duke University. Overall, the Saints thought it was a good bonding experience and a good way for the team to hit the ground running.