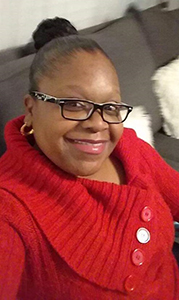 The body of a woman found Tuesday in Suffolk has been identified as a woman missing from Southampton County since last month.

Cynthia Carver’s body was discovered by a citizen, according to a press release from the Southampton County Sheriff’s Office. The Medical Examiner’s Office in Norfolk confirmed Wednesday morning that the body was Carver’s, and the family has been notified, the statement said.

“Sheriff’s Office investigators along with other agencies are continuing the investigation to determine who is responsible for this crime,” the statement said. Anyone with information is asked to call 609-2482.

Carver, 34, was reported missing to the Southampton County Sheriff’s Office on Feb. 22. She was last seen on Thomaston Road in Newsoms at about 9 p.m. the day before, and also had been running errands in the Norfolk and Portsmouth areas earlier that day.

Suffolk Police said Carver’s body was found in “southern Suffolk.” Through city spokeswoman Diana Klink, they declined to release specific information on Tuesday about the exact location or circumstances of the body when it was found.

Law enforcement officials had suspected an abduction based on blood evidence at her home on Everett Street in Newsoms, they had said.

It was Carver’s mother who originally sounded the alarm. She was driving by her daughter’s home on Feb. 22, the day Carver was supposed to have started a new job, and noticed her daughter’s car was still in the driveway. She found the back door to the house open and called law enforcement.

The Southampton County Sheriff’s Office confirmed on March 5 that it believed Carver had been abducted.

Efforts to find her had included search parties organized by volunteers as well as a $5,000 reward for information leading to her location, offered by the Federal Bureau of Investigations.

Carver was the mother of two children.

“The only thing people can do is pray for this family right now,” said Turner, whose organization participated in the searches for Carver. “We are asking for thoughts, prayers, and asking for people to please show their respect to the family and asking for them to support the family in a time like this.”

He thanked all of the volunteers from his organization and others who volunteered for the searches and supported the family in other ways.

“We were hoping for the best, and it turned out to be different,” Turner said.

Turner urged the person or persons responsible to report themselves to police.

“I’m praying they turn themselves in and do the right thing,” Turner said. “This family needs closure. Somebody knows something.”

Turner added that his organization hopes to start a foundation to assist Carver’s two young children.

Six people from Suffolk were charged Monday in connection with a Petersburg robbery, according to Petersburg Police. Officers responded to... read more