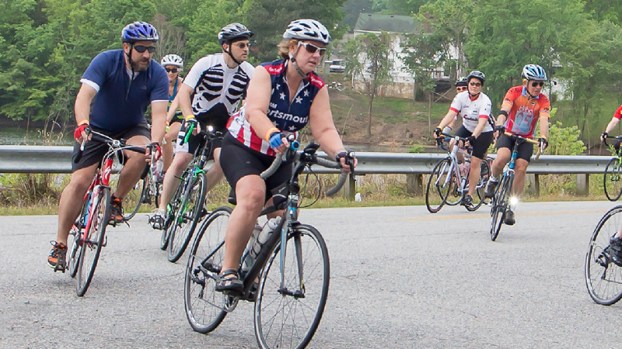 The 2019 Hampton Roads Tour de Cure will be on April 27 at Suffolk Executive Airport. (submitted photo)

Tour a ‘smooth’ ride this April

Cyclists have a lot to look forward to when they embark on this April’s Hampton Roads Tour de Cure held by the American Diabetes Association. The routes that riders will trek this year have been improved for a scenic, more comfortable experience.

The 12-, 30-, 62- and 100-mile routes this year will be supported with bike mechanics, volunteer route marshals and one or more rest stops, each with food and water.

On top of those standards, ADA staff and volunteers made changes based on feedback from the nearly 1,000 riders at last year’s Tour.

This included avoiding rougher patches of road and adjusting the placement of rest stops so that riders aren’t stopping too frequently but are still getting nourishment when they need it.

The team went out on their bikes and navigated each section of these routes to make sure the entire experience would be “flat and smooth” for Tour day, according to Team Portsmouth Captain John Maher, who’s volunteered to work with other local riders to design these routes for more than a decade.

“The goal is to really make this hands-down the best ride in the region,” Maher said.

Riders will set out from the starting line at Suffolk Executive Airport and head south, with the “century” riders going as far as Hertford, N.C. Their rest stop in town will be at Missing Mill Park that features a scenic view of the Perquimans River.

The overall scenery heading south is a rural landscape of farmland and pastures with very few turns, Maher said. Most importantly, it will be quiet and serene when the riders set out from the airport early in the morning.

“It’s just a very low-trafficked area. That’s another (important) design element when you’re going to create a very prestigious ride,” Maher said. “You want the rider to feel like they own the road and that they’re not competing with other mechanized traffic, so to speak.”

The Port of Virginia marked the one-year anniversary of its Truck Reservation System on Wednesday, and the efficiency driven by... read more