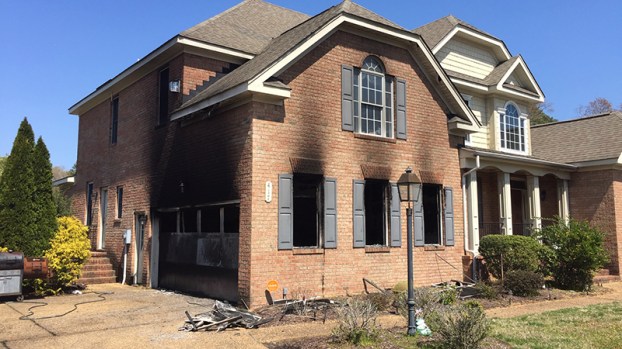 A fire damaged the garage of a home on Hastings Place Wednesday night. Four people were displaced from the Governor’s Pointe home, shown on Thursday. (submitted photo)

Four people were displaced due to a garage fire on Wednesday evening.

The fire on Hastings Place was reported at 7:18 p.m., and the first units arrived at 7:26 p.m., according to a city press release.

Responding units found a vehicle on fire in the attached garage of the two-story brick residence, according to the press release. Crews contained the fire to the garage, but the residence sustained smoke damage. Three adults and one juvenile were displaced.

The fire was called under control at 8:03 p.m. There were no injuries.

A Pennsylvania man on Thursday admitted in U.S. District Court for the Eastern District of Virginia to a shoplifting scheme... read more