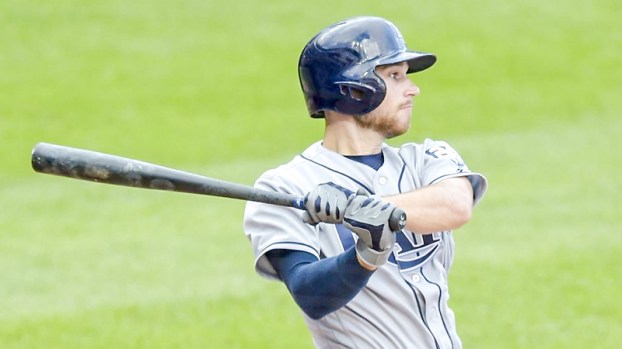 Brandon Lowe is tied for the team lead with six home runs through the first 22 games for the Tampa Bay Rays. (Tampa Bay Rays photo)

Lowe hot at the plate

The Major League Baseball season is still young, with only 22 games played so far, but Lowe has gotten off to a strong start from the plate. Lowe is tied for the lead on the team with six home runs; he is also second on the team in RBIs with 15.

Lowe signed a contract extension for the Rays before the season started, and it has paid dividends for the Rays. So far this season he has a high of two home runs in a game for the Rays. He is on pace for 42 homers this season and, though it’s still early, his current batting average is .280.

Lowe is a utility player for the Rays and starts in different positions, recently at first base. The team is encouraged by what Lowe has been showing since signing his contract extension.

At Nansemond River, Lowe was a standout player, receiving All-District, All-Region and All-State nods. He then went on to start at the University of Maryland before being drafted by the Tampa Bay Rays. Lowe spent his first couple of years in the league in the minors before getting called up in August 2018 to the majors.