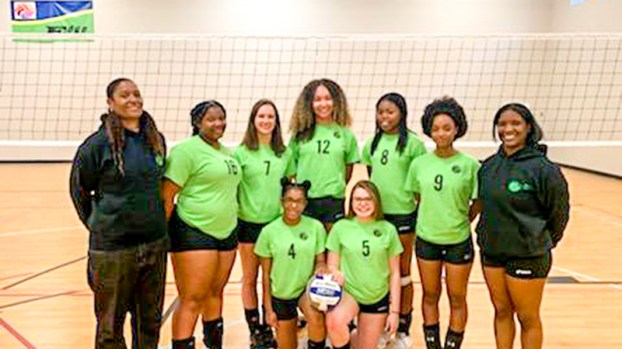 A Suffolk volleyball team is looking to expand its organization and make its mark being based out of Suffolk.

The organization is coached by King’s Fork High School boys’ and girls’ coaches Angie and Nikka Gatling, and they are proud to have the opportunity to have a Suffolk-based team that they believe will continue to grow in the future. Steve Halstead is the director of the Edge program.

“We are trying to build this team so we can play against some good competition, among other things,” Angie Gatling said. “It’s taken a lot of hard work to build the team to this point, and we are just looking to continue to take things to the next level. We think this will be a good thing for the city for years to come.”

For now, Edge has played in tournaments and will look to play in tournaments around Virginia and the Carolinas. The program is relatively new, but Gatling expects things to continue to grow as word of mouth travels.

“It’s coming along, and we are excited,” Angie Gatling said. “Suffolk is small, but we feel like, from here, things will start to continue to get bigger.”

Over the summer, Edge will be having an open-gym league as well as camps and tryouts. Edge features seven age groups, with the youngest being U12 and the oldest being U18.

The summer open-gym league will be from June 5 to July 30. It will be 18 nights, and games will be from 6:30 to 9:30 p.m. It will feature one hour of training and two hours of guided play. The cost will be $110 for Edge players, with everyone else being $130. Bring a team or register individually.

Edge team tryouts will be July 26 and Aug. 3. High School Prep and Middle School Skills camps will be held in July and August. For more information, contact Angie Gatling at angeliquegatling@hotmail.com. Steve Halstead can be contacted at 717-9378.