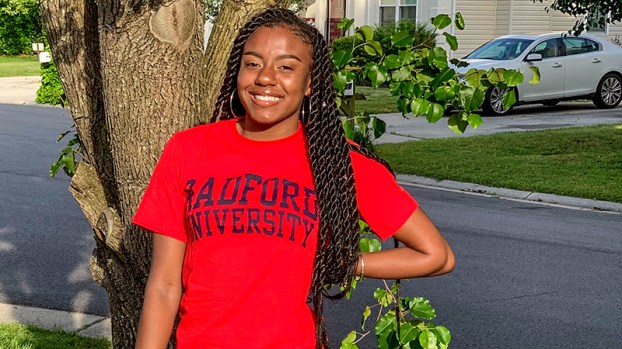 As Nansemond River High School works through the outdoor season to try to win another state title, the team learned it will be sending another athlete off to run track in college. Senior Julia Burkley has committed to run track for Radford. Her recruiting process went well, as Burkley talked with many different coaches but stayed in constant contact with Radford.

Radford was also the only school she went on an official visit to and liked what it had to offer. She also had interest from Virginia Military Institute and the College of William & Mary.

“It was a nice distance away from home,” she said. “I loved the campus and how it wasn’t too big, yet it didn’t feel too small either. They have a nice campus for business majors.”

Radford has plans to put Burkley in position to score points for the team in meets. She has talked about possibly running the 400-meter and 60-meter hurdles indoors. During the outdoor season, she’ll compete in the 400.

“The goal is definitely for me to be able to score points in meets,” she said.

So far, she believes her senior season has gone well. She was part of helping Team WAR capture another indoor state title. To finish out, she has hopes of qualifying for the 400 and running a 56 to help her team once again win a state title.

Burkley along with mostly all of her senior running mates will be running in college. In years past, the team has sent many student-athletes to compete at the college level, and it’s something Burkley enjoys being a part of. It has motivated her throughout the years.

“It’s a very encouraging thing to see my other teammates do well,” she said. “It has motivated. It makes me proud of my teammates that after losing talented runners every year, we find ways to continue to have success.”

Burkley has been a state champion in multiple relays for Team WAR, including the 4×400 and 4×200.

NSA bounces back against Norfolk Christian

The Nansemond-Suffolk Academy softball team got back in the win column against Norfolk Christian School Wednesday afternoon. After dropping... read more