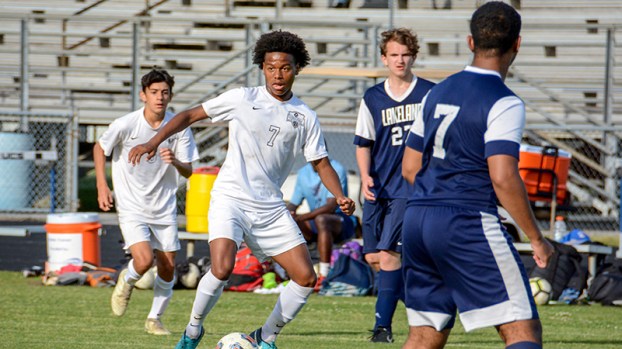 The Nansemond River boys’ soccer team saw four different players score a pair of goals each in its 10-0 win Tuesday over rival Lakeland.

Taylor Jones, Clarence Russell, Tucker Leverone and Jaysen Dildy each scored twice as the Warriors move to 9-2-2 on the season after the first of two games between the two teams.

Nansemond River will shift its focus as it will play at Oscar Smith. Game time is 5:30 p.m.