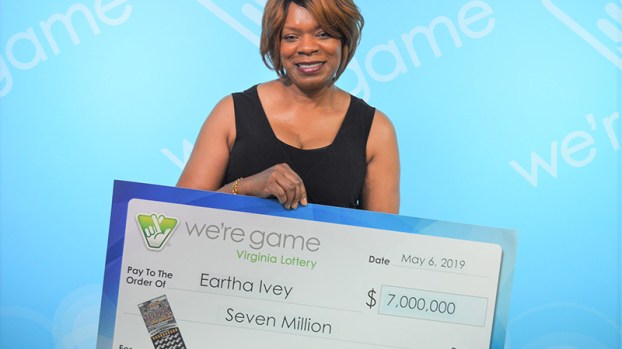 Ivey, a Suffolk nurse, bought a winning Virginia Lottery ticket at the Dollar Delites at 6550 Hampton Roads Parkway. She actually admitted that she was getting discouraged about her odds of winning when she bought the ticket.

“I’m never going to win a big prize,” she stated in a press release.

But then she scratched a “100X The Money” ticket and found herself with a very big surprise.

According to the press release, she had the choice between taking the full $7 million over 30 years or a one-time cash option of $4.2 million before taxes. She chose the cash option and said that she intends to care of her family with her winnings.

The store will also receive a $10,000 bonus from the Virginia Lottery for selling the winning ticket.