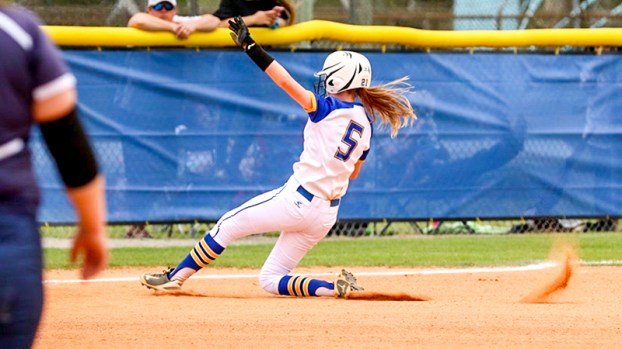 Madison Inscoe slides to base in a recent game. The Lady Saints will get a rematch with Isle of Wight Academy for a chance to play for a state title.(Daryl Inscoe Photo)

The Nansemond-Suffolk Academy softball team has advanced to the state semifinals once again.

NSA will take on Isle of Wight Academy for the third time this season in the state semifinals. Last season, NSA fell to IWA in the semifinals, who went on to be the eventual state champions. Out of two matchups this season, NSA has split with IWA. After shutting out IWA 10-0 in the first matchup, IWA avenged their loss, defeating NSA 4-1.

The Nansemond River High School baseball team scored all 14 of its runs in the seventh inning in a 14-0... read more