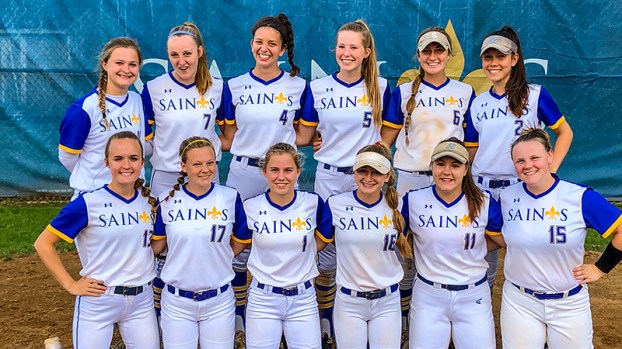 The Nansemond-Suffolk Academy softball team will compete for a state title Friday after defeating Isle of Wight Academy.

With a 2-0 win over IWA Thursday afternoon at RF&P Park in Glen Allen, the Lady Saints are set to play for a state championship. NSA was able to avenge their loss from this very same game from last season.

NSA saw Madison Inscoe pitch a complete game, striking out four. The Lady Saints are set to play for their first state title under Coach Brittany Thornburg after finishing in the semifinal game the last couple of seasons.

“This feels great; it’s been a long time coming,” Thornburg said. “We knew what we needed to do to be successful, and the girls went out there and competed. It’s definitely exciting.”

NSA was the first of the two teams to get on the board, which came in the fourth inning. With a 1-0 lead, NSA was able to hold off IWA before scoring the final run of the game in the sixth inning. The Lady Saints totaled nine hits, with Jenna Elswick going 3-3 with two RBIs and two doubles. Inscoe and Addy Greene both went 2-3 from the plate.

“We have worked so hard this year to get here,” junior Jessica Chang said. “We plan to finish the season just as strong as we started.”

NSA will play Greenbrier Christian Academy for the Virginia Independent School Athletic Association Division II state championship at 3 p.m. Friday at RF&P Park. NSA and GCA have met twice this season, once during the regular season and the conference championship game. In both meetings, NSA took 1-0 losses.

PDCCC breaks through in year two