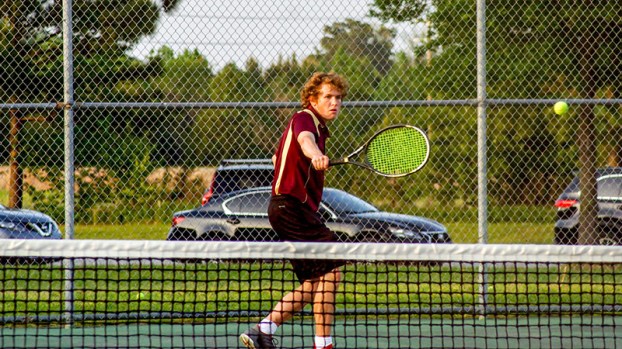 After a strong run in the regional tournament, the Bulldogs’ boys tennis team finished the season at 6-10. (Caroline LaMagna Photo)

The King’s Fork High School boys’ tennis team saw its season come to an end in the quarterfinals of the Class 4 Region A singles and doubles tournament.

Coach Matthew Yusckat was happy with the way his team had progressed all season, noting that players stepped up big when the team needed to win.

“I had many players step up periodically to secure wins for us throughout the season,” he said. “The players got better as the season wore on.”

King’s Fork finished with a 6-10 record and Yusckat believes the record didn’t show how well the Bulldogs really played this season.

“I am very proud of that record and the players, because I know how much work and dedication these boys put into tennis to win,” he said.

Lakeland High School will have three teams competing in the region tournament Wednesday. The tournament is getting under way for... read more