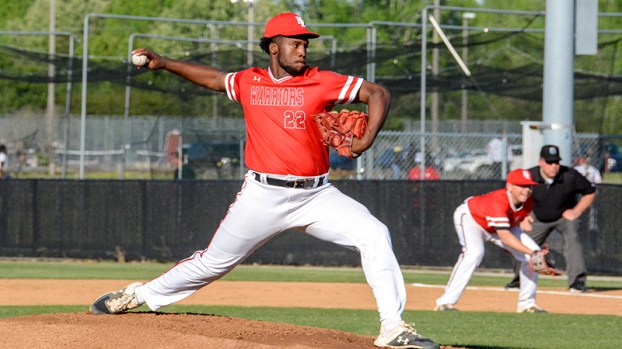 Caleb Pittman was a first-team All-District selection on the mound for Nansemond River. (Melissa Glover photo)

Nansemond River has two of the three Suffolk players on the All-District team, with Caleb Pittman the only first-team selection, and one of three first-team pitchers overall. The Warriors had a strong season, which included wins against all but one team in the district.

“I feel honored,” Pittman said. “Its pretty cool to receive. Suffolk has a bunch of talent and to be able to make first-team from here for this season is pretty cool.”

It was a solid season of baseball for the Suffolk schools in the district, as both Nansemond River and Lakeland were able to reach the postseason in their respective regions. However, both teams lost close games.

Eight Suffolk players were selected to both of the Southeastern District teams and a coach of the year honor. Suffolk... read more