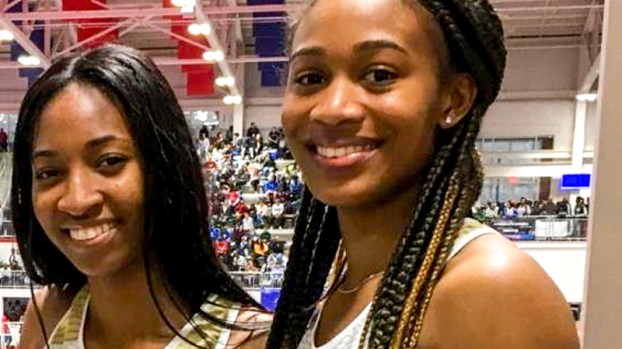 A pair of Team WAR standouts, Brene’ Donaldson and Tre’Breh Scott-McKoy, will take their talents to the same school.

Over the course of the last seven years, the Nansemond River High School track and field program has sent a large number of student-athletes to big-time programs to run in college. Donaldson and Scott-McKoy are the latest, as they have plans to compete together at Johnson C. Smith University, a NCAA Division II program in the Central Intercollegiate Athletic Association (CIAA).

Donaldson mentioned that her recruiting process was a bit tough, having to sort through everything to make the right decision. But she ended up choosing JCSU because she loved the environment and the coaches.

“The team’s energy felt like home,” she said. “They treated me like I was already attending the school, and that what made me love it.”

When going through the process, Donaldson said she wanted to make sure the school had her major, was the right fit and had a good-sized campus. JCSU stood above the rest of her options when figuring everything out.

For Scott-McKoy, she had to step back a back and relax going through her recruiting process. She wanted so hard to run good times and impress coaches that it put unnecessary stress on herself and her body. However, she ultimately felt good about her decision choosing JCSU.

“I like the track program there,” Scott-McKoy said. “I also feel like I’m not just a number to them, but someone they believe in and want to see get better and better.”

After accomplishing so many things on a state and national level at Nansemond River, both athletes are hoping to carry that over to the JCSU program as well — and are excited about experiencing new things together.

“It’s nice having her going there as well, because it’s like family coming with me in a way,” Donaldson said. “We are both excited.”

Between the two, Donaldson and Scott-McKoy have helped contribute to eight state titles, four indoor and four outdoor. They have more than 20 combined All-State finishes and more than five national titles as well. Nansemond River won its 11th total state title a couple of weeks ago. Now they are preparing to go down to North Carolina for the outdoor nationals meet before the Team WAR seniors officially finish their careers.

All of the Team WAR seniors are set to run in college.

Duckett, Wilson to play at Wise