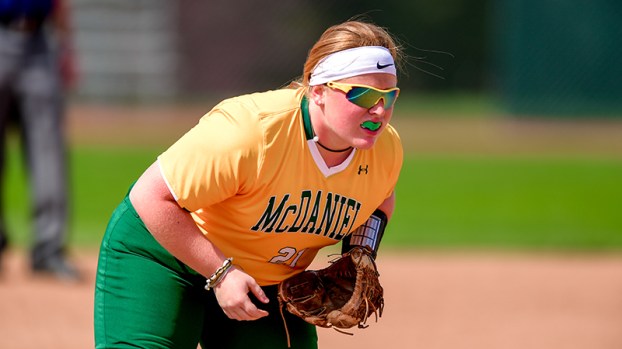 Froemel stands out in first year

In just her first season, Froemel made an appearance in 32 games, which resulted in 33 hits, 14 runs and 22 RBIs. Her 33 hits tied for third on the team, and her 22 RBIs tied for second on the team.

She was selected Conference Player of the Week once. Froemel said her mental toughness was tested, and she was happy with the way she responded to that type of schedule.

“Initially, I wasn’t used to playing that many games in that time span, but my teammates had my back,” she said. “I think my season ended well, and I was proud of the things me and my teammates were able to accomplish, and I can’t wait to go back and grow for next season.”

At King’s Fork, Froemel was able to stand out on the field starting as a freshman. Her final two years, she was an All-State selection, which was a first for softball at King’s Fork. She was also among the area’s leaders in home runs and hits for the past two years, and her game has seemed to carry over to the college level, which has instantly made her a standout.

It could also provide a bit of pressure for next year for Froemel to either duplicate her freshman season or build on it. Either way, she is not worried.

“Next year, we have a big freshman class and some transfers coming in, so I’m excited about the chance to compete,” she said. “I know what we will face, especially in the conference, so I know what to be ready for now. I definitely want to be better for next season, and I’m looking forward to that.”

Froemel spent all of her time at third base and batted an average of .347.

Former King’s Fork High School standout Chris Shearin is excited about his opportunity to play for the University of Missouri.... read more