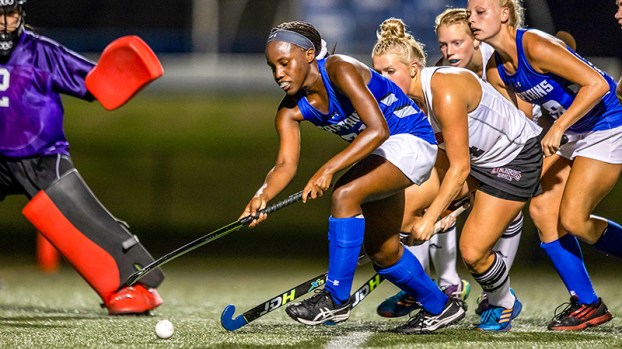 After signing to play for Christopher Newport University in 2017, Samuel will be heading into her junior campaign following two good seasons. As an upperclassman, she is excited about what she will be able to bring to the team as she builds on her first two seasons.

As a freshman, Samuel jumped in immediately, showing she could be an offensive threat for the team. However, she dealt with a few injuries throughout her first season. She was able to come back as a sophomore and make an appearance in 19 games, starting 11 of them.

“I got to play more during my sophomore year,” Samuel said. “As a team, I feel like we could have gone further. This year I’m looking forward to our games, because we have a super competitive schedule and we have some talented players coming in, so I’m excited.”

Samuel ranked fourth on the team with five goals. She also finished among the top of the conference in game-winning strikes, with three. In multiple late-game opportunities, Samuel was able to shine through for her team.

Despite a strong sophomore campaign, Samuel is looking to be even better for her junior season in the next couple of months.

In high school, Samuel had a knack for offensive production and has since been able to carry that over to the college level. She is working on taking quicker shots for her junior season.

“I just want to take quicker shots and make more plays for my team,” she said. “Offensively and defensively overall, I’m just looking to be a better player.”

Froemel stands out in first year