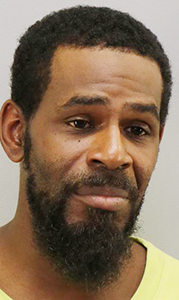 A Virginia Beach man has been charged with the first-degree murder of a Newsoms woman in February.

Southampton County Sheriff’s Department investigators took James Herbert Goodwyn Jr. into custody at his residence without incident, after securing a warrant for his arrest, according to Lt. Camden Cobb.

Goodwyn is charged in the case of Cynthia Carver, a 34-year-old mother of two children who was reported missing by her mother on Feb. 22. Evidence of blood and a knife were found at the home that day.

The search included not only law enforcement, with aid from the Federal Bureau of Investigation, but also members of the Newsoms community. At one time, the woman was believed to have been abducted; a reward was even offered for information that led to her being found.

Nearly a month later, Carver’s body was found in southwestern Suffolk. She was positively identified by the Medical Examiner’s Office in Norfolk, which announced in mid-May that evidence of “multiple sharp force injuries” showed Carver had been a victim of murder.

Asked how the arrest came about, Cobb said, “James Goodwyn Jr., 39, was identified as a person of interest early on in this case, and as the investigation moved forward, detectives were able to gather enough evidence to support the issuance of an arrest warrant.”

According to the Virginia Beach Sheriff’s Office website, Goodwyn has been charged with first-degree murder and is held without bond. There’s no hearing information as yet.

The Tidewater News will report additional information as it becomes available.

Celebrate the Fourth in Suffolk