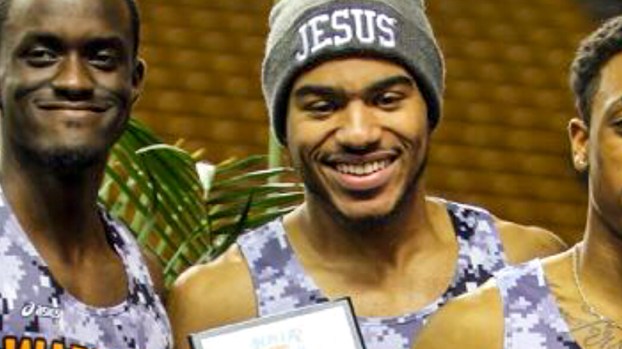 Even though his senior season didn’t go how he wanted it to, his college career in its totality was a success. Former Team WAR standout Williams dealt with a multitude of things during his indoor and outdoor seasons that made it hard for him to get into a groove, but what he had done last year and before was stellar.

Williams dealt with heart issues last year and, after resolving those, returned and tore a ligament in his ankle, which derailed his indoor season and hindered his outdoor season. There was also the sudden death of one of his teammates, which affected the whole school. He was only healthy enough to run a couple of times.

“This year was extremely difficult for me, considering the success I had in my previous three seasons,” he said. “I was a captain on the team and viewed as a strong leader, so to have to deal with those injuries, I had to alter my perspective a bit and lead more vocally then I could physically.”

Williams had dealt with minor injuries here and there during his time at Nansemond River High School, but nothing of this magnitude. Despite a hampered senior season, Williams accomplished a lot at Indiana Tech.

“I have no regrets about any of it,” he said. “I’m glad it went the way it did. I had so much success in my first, second and third years, but the one that was the most impactful was my last year. I learned so much about myself. Even though I had high expectations for myself, I’m glad I was able to experience what I did.”

At Nansemond River, Williams was a standout sprinter, helping the Warriors boys’ team achieve a great deal of success.