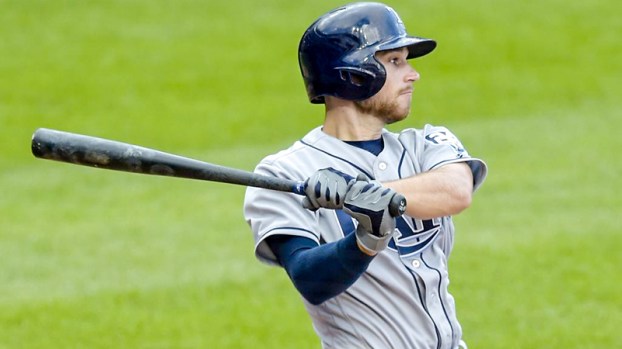 Suffolk native Brandon Lowe was selected to the 2019 MLB All-Star game as a replacement reserve for the American League team.

Since being called up to the majors almost a year ago, life couldn’t have been better for Brandon Lowe, the former Nansemond River High School Warrior. Since last August, he signed an extension with the Tampa Bay Rays worth up to $50 million, and now he has just been selected to his first All-Star game as a rookie.

Lowe has been named to the roster as a replacement for Los Angeles Angels Tommy La Stella. That gives the Rays a total of three selections, and it’s the first time since 2011 that the Rays have had at least three selections.

Unfortunately for Lowe, he suffered a leg contusion this week that may put him in jeopardy of competing in the game. However, he does have plans to still attend All-Star festivities which will be held in Cleveland, Ohio.

When asked by reporters about being told he was an All-Star, he had this to say:

“I’m extremely excited,” he said. “It’s a huge honor. You always want to be recognized that way; you always want to be up there. After it initially didn’t happen, it was like well, OK, this wasn’t the goal of the season. I didn’t really expect it, because there were a lot of other second basemen doing some good things too, but I’m just really excited and grateful for the opportunity.”

Rays Manager Kevin Cash was also happy to see Lowe get the replacement nod, citing him working his way up through every level as key.

“He’s had a good year,” Cash said. “A lot of things have gone well for Brandon, and by his doing. For a guy, he’s kind of fought and earned every opportunity that he’s got. Every level he’s been at, there’s probably been somebody ahead of him to start. That just shows a lot about him and the person he is and how talented he is.”

Lowe currently leads the Rays in home runs with 16 and has 49 RBIs as well.

His Nansemond River coach, Mark Stuffel, is happy to see things happening for his former players and what it represents for other youth in the city of Suffolk.

“It’s pretty awesome to see what B has been able to do,” Stuffel said. “He’s had a great year. It’s good for all the small players that play baseball to see a kid his size make it and succeed. It gives kids hope knowing that a kid from Nansemond River made it. Just hope it continues for him. It’s fun to watch.”