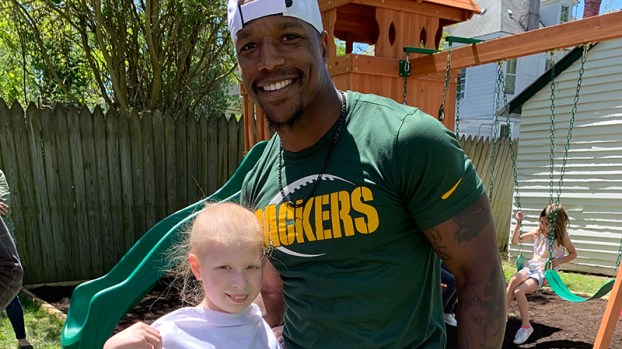 Amos Riddick is hosting a run this Saturday in honor of his goddaughter, Anna Weissner. (submitted photo)

Amos Riddick is hosting a 14-mile run this Saturday in honor of his goddaughter, Anna Weissner.

Weissner is an 11-year-old girl who was diagnosed with leukemia last Halloween and is currently in her last stages of chemotherapy. Riddick wants to raise money and support for her in the best way he knows how.

“I wanted to do more than just put her in my thoughts. I wanted to take some of my strength and pass it to her and say, ‘We’re going to fight this together,’” said Riddick.

Riddick has known Anna all her life. Their families became friends in 1995 when the Weissners moved next door. Being neighbors, he watched her grow up and be a normal energetic child playing in the backyard. The diagnosis of leukemia hit too close to home when he found out that Weissner had become sick.

“Our family really feels honored to have Amos and his wife as neighbors,” said Will Weissner, Anna’s father. “They really define what it is to be a neighbor and a friend.”

Riddick is a bodybuilder, personal trainer and owner of Raw Fitness VA. He wanted to take his gifts and strength to honor Anna. The run will start from Weissner’s house and finish at Chesapeake Square Mall. Taking the backroads, this run will be approximately 14 miles.

“I chose this route because it would not be easy. Her fight won’t be easy, so I do not want to take the easier route either,” said Riddick.

Riddick will be running along with other members of Raw Fitness. Anyone can participate. A $5 donation is requested, and all proceeds will go to Weissner. Anyone can start the race and finish whenever they need to, but Riddick will be going the full 14 miles.

“Anna can’t run the 14 miles or participate in the boot camp, so Raw Fitness will do it for her because together we are #annastrong,” said Riddick.

The run will start at 7 a.m. Saturday at 230 Pinner St. Along with the run, Riddick will also be holding a boot camp on July 13 at Bennett’s Creek Park to support Weissner.

‘Paper streets’ cause confusion for residents