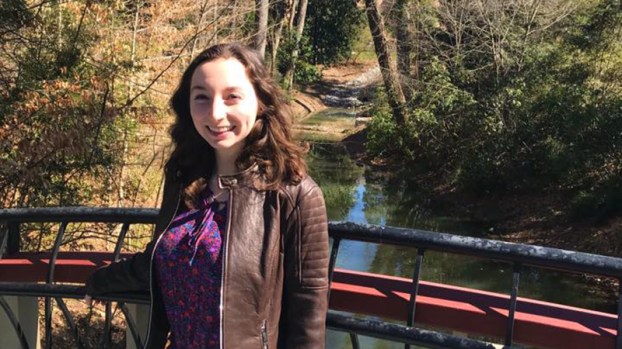 Amelia Corl, 21, of Suffolk is a recipient of the Children’s Cause for Cancer Advocacy’s College Scholar award. (submitted photo)

A Suffolk high school graduate was recognized for overcoming a harrowing diagnosis in college, then going on to earn her degree and pursue a project to assist others that are enduring their own chronic conditions.

Amelia Corl, 21, graduated from Nansemond River High School in 2015, and from the College of William and Mary this past spring with a Bachelor of Science in psychology.

The Children’s Cause for Cancer Advocacy made her graduation even more joyous by naming Corl a CCCA College Scholar, which comes with a $2,000 academic scholarship.

Corl was selected as one of two award recipients based on her academic achievements, letters of recommendation and chosen advocacy project that will benefit children with cancer, according to the May press release.

“It’s amazing,” Corl said about the recognition in a June 17 phone interview. “This is the best outcome from a bad situation that I could have ever expected.”

Corl is a survivor of Hodgkin’s lymphoma — a diagnosis she received when she was just an 18-year-old freshman at William and Mary. She had a doctor’s appointment scheduled during her spring break, and further testing shortly after confirmed this shocking development.

“It was really quite unexpected,” she said.

Corl took a medical withdrawal from the rest of that spring semester and went home to be looked after by her parents while she underwent treatments. She was in remission by the start of her sophomore year and was able to attend that fall semester, but it was a very difficult road for her.

Scrambling to move off campus — then back on campus again — and making sure she had the credits she needed to graduate on time were just a few of the difficulties she faced. She also had to try to concentrate on her studies and get back into her college routine.

“It was hard to get back into that lifestyle again, to some extent,” she said.

It helped her to speak with others that have gone through similar experiences, she said, and that inspired her to reach out and help others dealing with serious health issues.

She served as a Wellness Ambassador for the McLeod Tyler Wellness Center at William and Mary and sat on the Counseling Center Advisory Committee. She also served as a leader for William & Mary’s chapter of Active Minds, an organization dedicated to encouraging dialogue among students regarding mental health issues.

Corl stated in the press release that “we can survive and thrive together, as a community, better than we can alone.” It’s one of the valuable lessons she’s learned as a cancer survivor.

“In some ways, it was a good experience for me, (or) at least a learning experience that propelled me to the path I want to take with my career and my work,” Corl said.

She plans to attend George Washington University this fall to pursue a Master of Public Health, and for her advocacy project she will start a student organization that will serve as a support and education advocacy platform for people that are managing chronic illnesses.

“It was really helpful to just commiserate and try to figure out solutions together, which is why I think it would be helpful to create more groups on college campuses where students could do that,” she said.

A Suffolk firefighter was taken for evaluation at a hospital following a fire on Crittenden Road Saturday evening. Suffolk Fire... read more