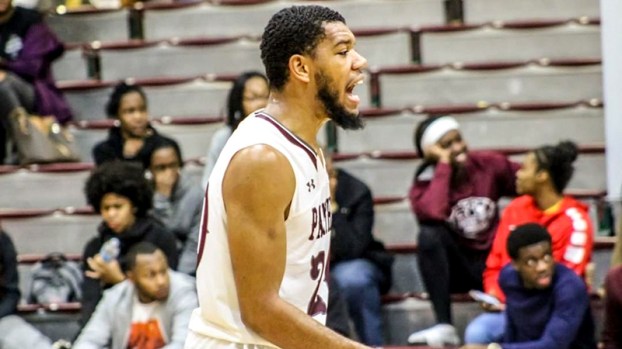 Former King’s Fork High School basketball standout Raemaad Wright has been using the summer to take his game to the next level.

After redshirting his first year in 2017 at Virginia Union University, Wright stepped on the court and immediately stood out in 2018. As a redshirt freshman, Wright made an appearance in 29 games, starting 13. For VUU, he was mostly in a reserve role but played a big part in the team success during the 2018-2019 season.

With such a strong season at the forward position, Wright will be looked upon as a big contributor for a team that’s returning a couple of guys that saw significant time last season. Wright knows what will be asked of him and is focusing this summer on taking his game to the next level.

“The summer is crucial for my team and I because of what we lost,” Wright said. “I want to make sure I’m working on my game so that I can bring more to the team next season. What I did was fine last year, but you always feel like you can reach another level, and I plan to.”

Last season, Wright averaged six points and six rebounds a game. He had some standout games where he contributed double-doubles and scored more than 20 points multiple times. His strong season that earned him recognition on the Central Intercollegiate Athletic Association (CIAA) All-Rookie team. He helped VUU come within a game of earning a bid to the NCAA Division II tournament. He has his eyes set on even more next season.

“I’m just going to continue to work and build on what I’ve done,” he said. “I plan on getting my numbers up, which in turn will help my team. After making the CIAA All-Rookie team, I’m hoping to make the All-CIAA team next season.”

Last season, VUU went 19-11 including going 13-4 in the conference last season, and in the first two years Wright has been in the program, they had a lot of success.

At King’s Fork, Wright stood out as an All-Conference and All-Region player for the Bulldogs. He helped the Bulldogs finish among the top teams in the Southeastern District and in their conference playing under Coach Josh Worrell.