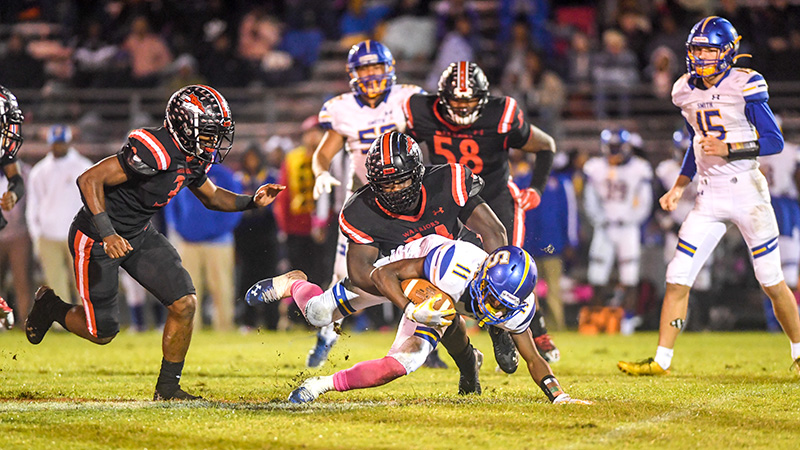 The Warriors were able to hold the Tigers’ rushing attack to only 77 yards in a loss on Friday. (Sarah Murphy Photo)

The Warriors football took its second loss of the season against Oscar Smith High School on Friday.

Oscar Smith jumped out to a 14-0 lead before the Warriors were able to score their only touchdown of the night, which was a rush by X’zavion Evans.

“We competed,” Coach Justin Conyers said. “We felt like we stepped up defensively and did some good things. It wasn’t our night offensively, but we can definitely build off this performance. We are still in good shape.”

Nansemond River will get a chance to bounce back against Lakeland High School this Friday. The Warriors are already 1-0 against Suffolk opponents with a win over King’s Fork High School. They can become back-to-back city champions with a win Friday night.

“Coach Jones has been doing a good job over there,” Conyers said. “One of our main goals is to win the city of Suffolk, and we are looking forward to that chance to do so again. We want to bounce back, and I know the guys are going to be focused this week.”