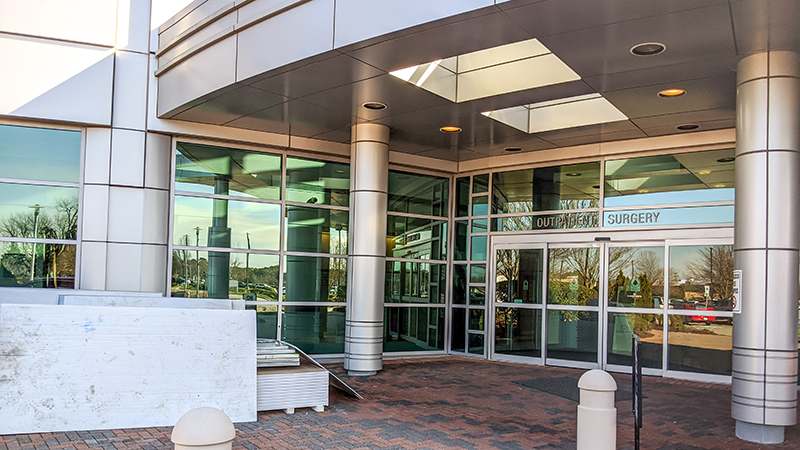 Sentara Obici Hospital will soon undergo a $13 million expansion of its emergency department. The expansion will begin Feb. 4

Sentara Obici Hospital will soon undergo a $13 million expansion of its emergency department.

Emergency room visits have been above capacity at the hospital for nearly a decade. With emergency room capacity of 40,000 patients per year, Sentara Obici has had at least 42,000 per year since 2011. Though the number of ER visits went up and down slightly from 2012 to 2017 — never falling below 42,000 — it has increased the past two years, reaching 46,000 patient visits in 2019.

The expansion, expected to progress in three phases and take about 22 months, will begin Feb. 4 and increase the ER capacity to 73,000 patients per year when complete.

It will add about 7,000 square feet and include an increase in treatment spaces from 23 to 37, which includes six more vertical care spaces that will help with less serious cases and five observation rooms.

Sentara Obici will also add a behavioral health room to the one it has now to conduct psychiatric evaluations, replace curtains with sliding glass doors in the acute care area to increase privacy, and modernize and enlarge the waiting area.

It will also be adding additional medication and supply rooms to allow behind-the-scenes workflow to be more efficient.

“It’s really about being able to provide patient-centered care, really putting the patient at the heart of everything we do,” said Miranda Powell, Sentara Obici director of patient care services for the emergency department. “And it does allow the team to be more efficient and effective in their roles because they will be able to have that privacy and that time with the patients.”

When finished around December 2021, the ER will increase in size to 20,000 square feet.

The increase in ER visits comes in spite of an increase in the city’s urgent care facilities and the expansion of the ER at North Suffolk’s Sentara Belleharbour, which served 26,000 patients in 2019, according to Sentara Obici president Coleen Santa Ana.

The thought was, she said, that urgent care openings and Belleharbour’s expansion would reduce the number of ER visits, but it hasn’t.

Dale Gauding, senior communications advisor for Sentara Healthcare, said the growth of the city will mean Obici’s ER will still see plenty of patients. Ambulance arrivals have also increased to more than 8,000 per year.

While the work is happening, patients will face temporary changes. The walk-in entrance to the emergency department waiting room will shift to the current outpatient surgery entrance next to the hospital’s main entrance Feb. 4.

Lauren Lawless, Sentara Obici’s emergency department manager, said there will be new signage posted on Godwin Boulevard to alert people to the expansion and that the emergency department will stay open 24/7 throughout the process. More signage will go up in the parking lot to let people know where to go.

Patient, staff and physician parking is also being reconfigured, with additional patient and guest parking moving closer to the hospital building. Ambulances will continue to use their current entrance and access door.

Santa Ana said with the current emergency department having been built and designed more than 20 years ago, it is outdated in terms of how much privacy patients expect. She noted, though, that while the emergency department is over capacity, the hospital itself is not.

Gauding said the work at Sentara Obici will provide long-term benefits for staff and patients, but there will also be some growing pains. Hospital officials say they appreciate the community’s loyalty to the facility and ask for them to bear with it through the upgrades and let them know how the changes are affecting them.

“It’s going to be inconvenient, a little,” Gauding said. “It’s going to be noisy, sometimes. Things are going to be a little bit different, but I think we would ask anyone who uses the hospital to appreciate the significance of the project and be patient.