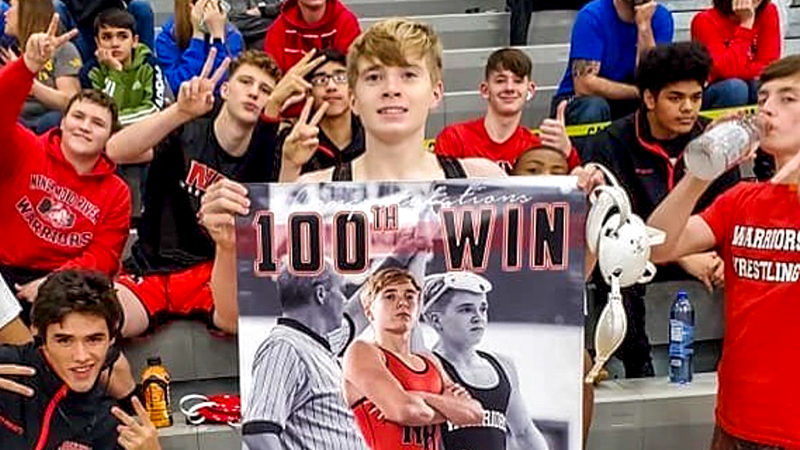 The NRHS wrestling has been among the best in the area the past couple of years. There are big expectations for this Warriors team, which some believe could win a team state title when the time comes in February.

The Warriors have had a strong regular season to this point, which has featured three athletes reaching the 100-career-win milestone. Evan Rawls, Matt Henson and Andrew McDougal have all accomplished that in their junior year, which makes the accomplishment that much more impressive. McDougal was the most recent to achieve this accomplishment, while Henson and Rawls had done so last month and at the top of the new year.

“It feels amazing knowing that all of this hard work and late nights of pushing myself to be better has paid off,” McDougal said.

By the end of the season, Nansemond River will likely add a fourth to the 100-win club, as reigning state champion Braxton Lewis is on track to achieve the feat as well in his sophomore season.

With a couple of weeks left until the postseason starts, the Warriors feel good about where they are.

“I feel like our team is prepared for this postseason,” McDougal said. “We feel like we can achieve great things at regionals and at states.”