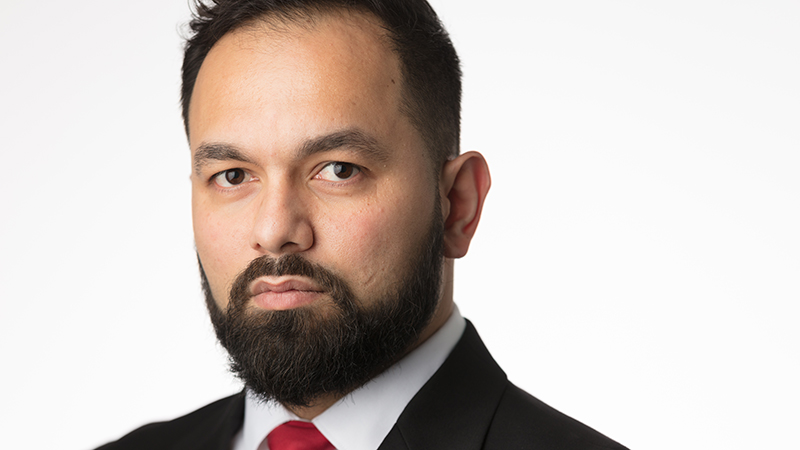 Anthony Gitalado, of Suffolk, Board Trustee for the Virginia Veterans Services Foundation, recently participated in a first-of-its-kind program for veterans and military family members at Syracuse University. The Veterans Program for Politics and Civic Engagement, a collaboration between Syracuse University’s Institute for Veterans and Military Families and the Maxwell School of Citizenship and Public Affairs, with support from JPMorgan Chase, was created exclusively for veterans and military family members pursuing public office or another form of a political career.

Gitalado is a 2009 graduate of Virginia State University with a Bachelor of Science in computer engineering. Since graduating, Gitalado has held many notable positions and currently works in cybersecurity at the Internal Revenue Service.

After college, he enlisted in the U.S. Army as an infantryman. Following his graduation, Gitalado was stationed at Fort Riley, Kan., with the 1st Infantry Division. He was deployed to Afghanistan in support of Operation Enduring Freedom. He left active duty in 2014 and returned to Virginia to serve in the Virginia Army National Guard until 2016.

Gitalado earned his Master’s Certificate in project management from George Washington University in December 2018. In 2019, Virginia State University presented Gitalado with its first Alumnus Achievement STEM Award and was recently appointed to its Industry Advisory Council.

The initiative is designed to allow veterans and military-connected individuals to build on their affinity for civic engagement and public service while preparing them to make an impact in the political landscape at national, regional and local levels. The program’s pilot is timely to recent political trends, as veteran representation in Congress has declined from more than 75 percent in the 1960s, to 19.1 percent today.

“Veterans are a natural fit for public office. They comprise more than one-third of the federal work force and have been shown to be more likely to vote, contact public officials, volunteer, give to charity, and work with neighbors to fix problems in their community,” said Nick Armstrong, IVMF Senior Director of Research and Policy and Maxwell School alumnus. “Most importantly, veterans tend to demonstrate more bipartisan behavior than their peers.”