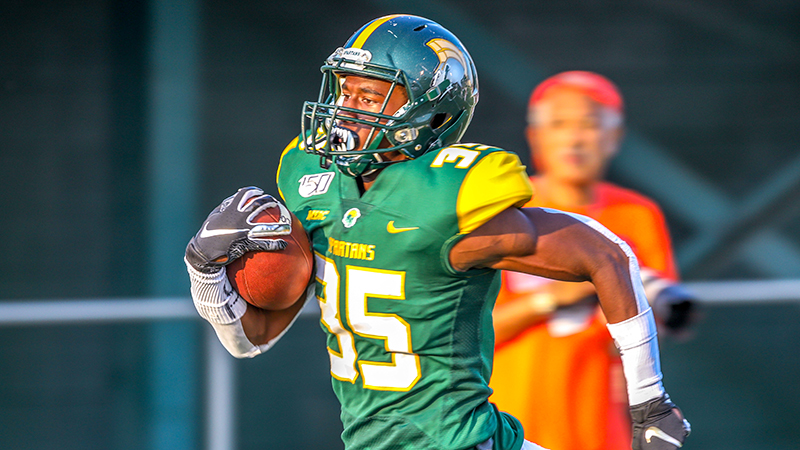 When former standout Warrior Kevin Johnson stepped on the field for the Norfolk State University Spartans, he made no shortage of an impact as a freshman. Originally slated to compete at cornerback, the former Warrior got a shot to play at running back, where he excelled at Nansemond River as well, and was immediately able to make plays for NSU.

He finished his freshman season being selected third team All-Conference in the Mid-Eastern Athletic Conference, as well as an honorable mention for the Football Championship Subdivision All-America teams. Johnson performances throughout the season earned him three MEAC Rookie of the Week honors. In the conference, he finished fourth in scoring and eighth in all-purpose yards with 959.

The NSU freshman admitted that it took some time for him to get used to college play, but he knew God had a plan for him, and it worked out for the best.

“This offseason is going to be very important for me,” he said. “I’m going to have to take advantage of the time and get in the lab.”

At Nansemond River, Johnson was a standout on the field and on the track. He was an All-District and All-Region selection during his time on the field for the Warriors. On the track, he was a state champion, All-American and a National Champion for Team WAR.