Bulldogs get best of Warriors for third time 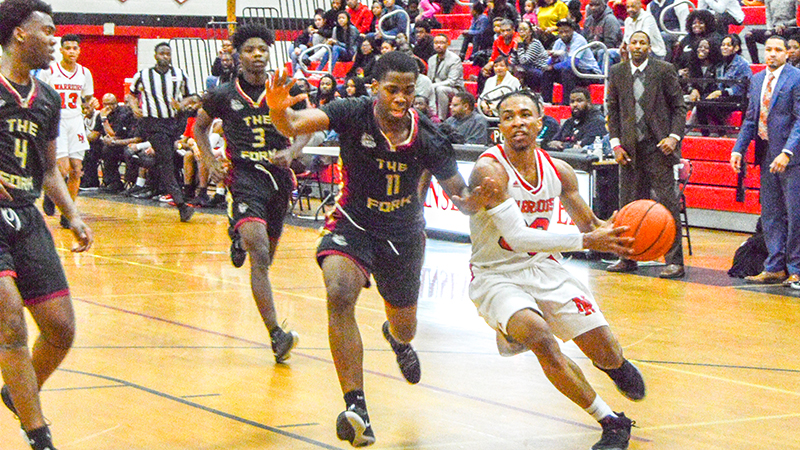 Justin Fatherly looks to make a play against Amonti Hill during Tuesday night’s matchup between the Warriors and Bulldogs. (Linda Lewis Photo)

In a testy matchup at home for Nansemond River, the Warriors ended up falling just short of a win. King’s Fork earned an 85-70 victory on the road.

The Warriors did a good job limiting star guard Jayden Epps, holding him to 18, as Luke Williamson was tasked with the assignment. George Beale finished with 15, while Bravion Campbell finished with 13 and Rae Owens with 11 to give the Bulldogs four players in double figures.

Fatherly finished with 22 points, while Jakari Joy added 20 and 10 rebounds.

King’s Fork will look to close the deal on the city title Friday when they host Lakeland High School at 7 p.m. Nansemond River will look to bounce back against Deep Creek High School on the road.