One displaced in fire 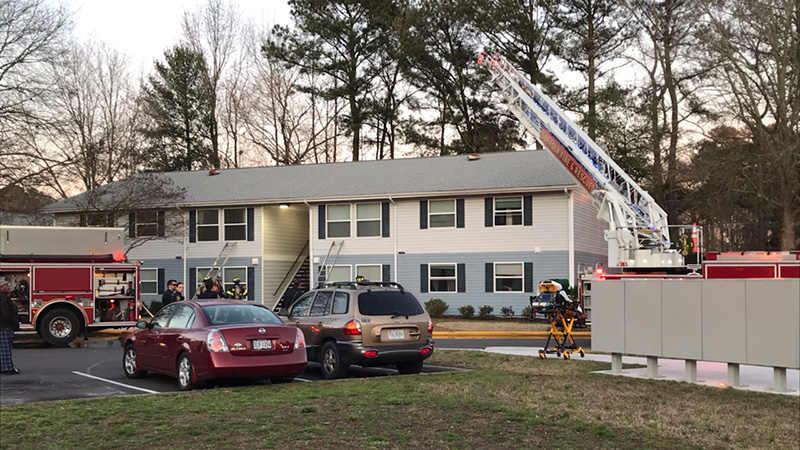 One adult was displaced in a fire at Heritage Acres Apartments Thursday evening. (City of Suffolk Photo)

One adult was displaced after a fire in the 1000 block of Nansemond Parkway on Thursday evening.

Suffolk Fire & Rescue responded to the call at 5:38 p.m. and arrived on scene at the Heritage Acres Apartments at 5:45 p.m., according to a city press release.

The first units found light smoke showing from a downstairs apartment in the two-story apartment building. They entered and found a small fire in the kitchen area of one of the apartments. They were able to contain the fire to the kitchen area.

One adult was displaced due to fire and water damage, the news release stated. Ten occupants were evacuated while crews fought the blaze.

There were no injuries, and the fire was called under control at 5:53 p.m.