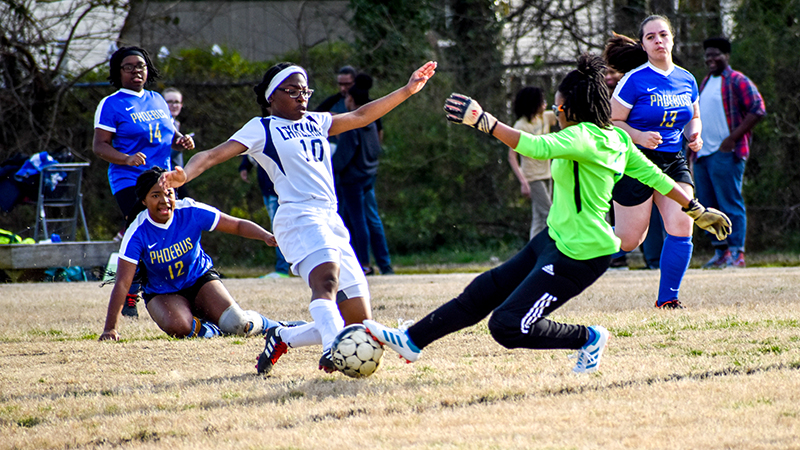 Mikayla Grant makes a play for the Lady Cavs in a game against Phoebus High School last year. With the season delayed for now, coaches and players hope the season is not lost.

The Lakeland High School girls’ soccer team will be looking to replace six starters when they return to the field.

Before the start of the spring season was on hold, the Lady Cavs were returning this season to fill some holes from previous starters. Last season, Lakeland advanced to the region tournament, picking up a win before being eliminated. This season, if there is still a season, Coach Adam Smith is excited about the potential of his team and replacing the positions they lost.

“We are young,” Smith said. “We have a lot of minutes to fill, but we have a lot of girls and a lot of good athletes on the team. As we were continuing to figure things out, things got postponed, so we are just hoping we can get back on the field.”

Even though the Lady Cavs lose a ton of starters, they do return some standouts. Callie White, Myasia Pareno and Mikayla Grant all return from last season. All three players were All-Region selections last year.

If the season continues, Lakeland will likely have to jump right into district play. If that is the case, Smith believes he and his team will be ready.

“If we go into district play, we are going to have to do what we have to do,” Smith said. “However, we will just be glad to have a chance to play if it comes to that.”