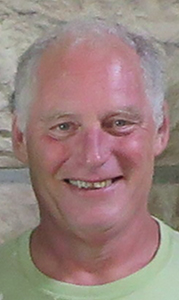 Roger David Macke, 59, of Como, N.C., lost his battle with brain cancer on Monday, April 13, 2020. He was born in Belleville, Ill., to George William and Bernice Kathryn Macke. He is survived by his mother; his wife, Diana Lynn, and Diana’s children: Tammy Thornton (husband Chris) of Norfolk, William Edwards, of Como, N.C., and Jeffrey Blakesley of Murphy, N.C. Grandchildren include Cody Thornton, Jessica Thornton and Blake Blakesley.
Roger grew up in Belleville, Ill., moved to Arkansas in 1978 with his parents, and enlisted in the Navy in 1980. He served the Navy in aircraft maintenance and saw front-line conflict during the first Gulf War. After retiring from the Navy, he joined the postal service, where he worked in various places around Virginia and North Carolina.
Always open to outdoor experiences, he enjoyed finding places to ride his motorcycle and the occasional chance to hunt, fish or hike. His front and back yard were several acres of wooded land, filled with wood to be chopped, chickens, his dog Skippy, and the vision of putting a stocked lake in the middle of it.
A celebration of life will be held at a later date. In lieu of flowers, please donate to McConnell-Raab Hope Lodge, Greenville, N.C.

Virginia Young Wilson transitioned from this life on Friday, April 10, 2020, at Sentara Obici Hospital. A private burial was... read more