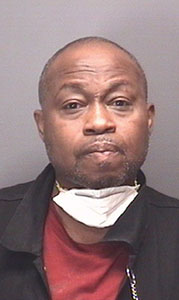 A Portsmouth man was arrested Tuesday and charged with felony assault and assault and battery in connection to an alleged stabbing the previous evening in the 6000 block of Bradford Drive.

A 48-year-old Suffolk man was treated by Suffolk Fire and Rescue personnel for multiple stab wounds and was taken by ambulance to a local hospital with injuries considered non-life threatening, according to a city news release.

Following an investigation by Suffolk Police, Paul Vincent Bolton Jr., 56, of Portsmouth, was arrested and charged in connection to the incident.

Bolton is currently being held at the Western Tidewater Regional Jail.