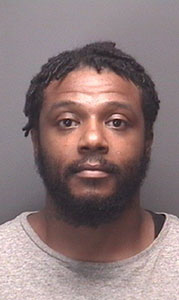 Suffolk Police arrested a city man Tuesday after he allegedly kidnapped, assaulted and restrained another man against his will.

Edward Jamaal Taylor, 38, of Suffolk was charged with abduction and kidnapping, robbery, two counts of assault and battery and use or display of a firearm in the commission of a felony after he allegedly made contact with a man he knew around 10 p.m. Sunday evening, according to a city news release.

The man told police he was walking in the 700 block of West Washington Street when Taylor’s vehicle approached him. After the man got into Taylor’s car, Taylor drove the man to different locations and physically assaulted and restrained the man, the release stated.

Suffolk Police are still investigating the incident, and additional charges could be filed, according to the release.

Taylor is currently being held at Western Tidewater Regional Jail.

A Portsmouth man was arrested Tuesday and charged with felony assault and assault and battery in connection to an alleged... read more