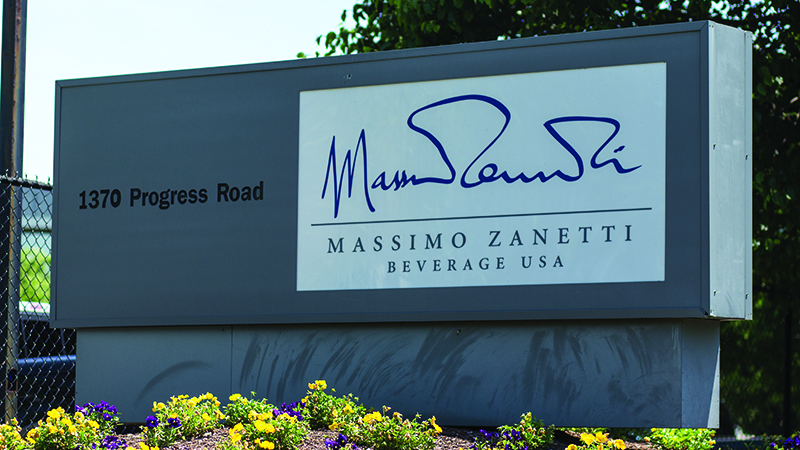 The company says the 355,933-square-foot facility will serve at its East Coast distribution center, and is a strategic investment in its distribution operations for multiple coffee brands, allowing it to build up its logistic operations and customer responsiveness. The company said the new facility would give it room to grow as it includes high-tech enhancements to its supply chain and adds more space for product storage capacity.

Construction is expected to begin this summer and take about a year to complete.

“This facility will position us for greater efficiency and continued growth, add to the economic vitality of the area and bring great people to Suffolk, along with some of the best coffee on earth,” Doug Nesmith, MZB-USA senior vice president of supply chain, said in a statement.

According to the terms of the agreement, the company will receive the grant money after it receives a certificate of occupancy from the city, and after the city’s Economic Development department and the city’s Commissioner of the Revenue have verified the value of the company’s equipment, which has to come no later than Dec. 31, 2021.

As part of the agreement, the company’s building and equipment will be taxable for 10 years after the deadline. For each year the building is not taxable, the company will have to pay the EDA 10 percent of the grant amount.

It will not receive the money if the terms of the agreement are not met, and if the value of the equipment is less than $800,000, then the grant amount will be reduced proportionally.

“Massimo Zanetti Beverage USA is a great community partner and one of the most significant anchors in our established ‘Caffeine Capital’ economy,” said Mayor Linda T. Johnson in a statement. “Our food and beverage processing sector is one that we take great pride in, and the opportunity to see it expand in Suffolk is a cause for celebration.”

The 940-acre Virginia Port Logistics Park, which used to be known as Centerpoint before its purchase by Equus Capital Partners, is located 22 miles from the Port of Virginia off of U.S. Route 58. Massimo Zanetti worked with Jones Lang LaSalle on the site search and negotiations.

Hughes said the company would continue to roast its coffee at its Wilroy Industrial Park facility off of Wilroy Road — the fourth-largest coffee roasting facility in the United States — and then send it to the new facility.

“This will allow it to be much more efficient in its current operation,” Hughes said. “They’ll also be bringing in-house some operations outside of the state, so they’ll be increasing some employment in the state as well.”

Hughes said the fact that the company is signing a long-term lease to be in the city is uncommon.

“We feel good about those guys,” Hughes said, “and obviously, they have a significant investment here in the city of Suffolk with the roasting facility.”

At protest, a spiritual, and spirited, call for change