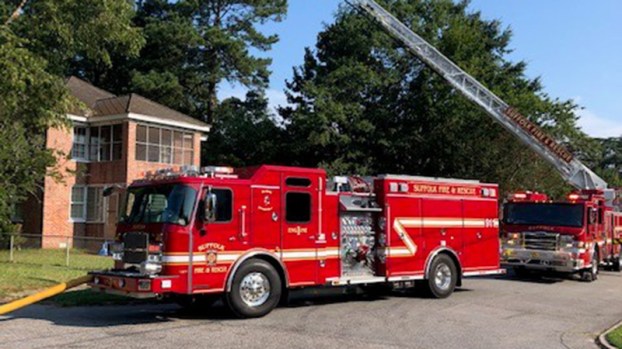 Suffolk Fire & Rescue crews responded Monday morning to a fire in the 300 block of Bosley Avenue.

The fire was reported at 8:36 a.m., according to a city press release, and the first unit arrived at 8:40 a.m. Crews found a fire on the back porch of the residence, which is divided into two apartments, with extension into the rear unit. The occupants had evacuated prior to their arrival.

There were no injuries, and no one was displaced. The fire was called under control at 9:07 a.m.

One man was taken to the hospital with serious injuries after a shooting in the Huntersville area on Saturday evening,... read more