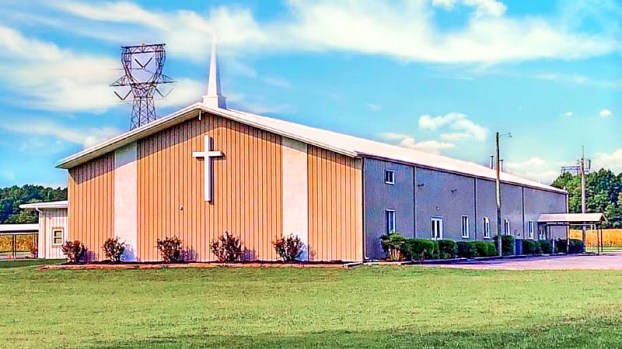 This three-night event will be held in a tent on the church’s property. Each night will host a different speaker and musical guest. Speakers include Pastor Stephen Kennedy, Pastor Jeremai Byrd, and John Keeter. Music will be provided by Ray Bennett, Shelia Wray, Three for One, and Reverent Quartet.

“We have a homecoming service every year around Sept. 13,” said Pastor Stephen Kennedy, senior pastor of Calvary Baptist Missionary Church. “This year, we would love the community to come out and join us in celebrating half of a century.”

The church started in 1970 when a group of 30 to 50 members left a local Baptist church over differences over the Southern Baptist Convention. The church met at the National Guard Armory, the Coca-Cola plant that is now Lipton, and private homes until 1973 when the building was finished. The congregation meets in the same building today.

“The property was donated by S.E. Barnes, whose house still resides near the property,” said Kennedy. He donated two acres, and the church bought the other two acres.”

According to Kennedy, the church has seen significant growth in the past few years. He believes the church is “making a 360-degree turn.”

“Instrumental in starting the church in 1970 were men like Guy Duke of Duke Roofing, Vance Saunders, a well-known police officer of Suffolk, and Jack Nicholas, a hellfire brimstone preacher who brought revival to Suffolk,” said Kennedy.

Kennedy believes his style of preaching is similar to that of Jack Nicholas in the 1970s. It attracts the older generation back to the church as they recognize the familiar preaching they used to hear.

“It is the Lord bringing us back to where we started,” said Kennedy.

Suffolk Police have made an arrest in a shooting that led to a car crash in North Suffolk last year.... read more