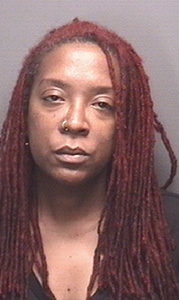 A Suffolk woman was arrested last week on a charge of arson.

The Suffolk Fire Marshal’s Office investigated a vehicle arson and arrested Terri Anne Hill, 47, on a charge of arson.

Emergency Communications was contacted on Aug. 10 at approximately 9:09 a.m. after a vehicle was found in a ditch in the 2700 block of Copeland Road, according to a city press release. Suffolk Police responded to the scene and found the unoccupied vehicle with fire damage to the interior.

The Suffolk Fire Marshal’s Office responded to continue the investigation.