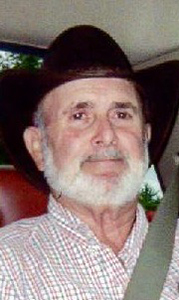 Ronald Darrell Moss Sr., 80, passed away and went to be with his Lord and Savior, Jesus Christ, on Sept. 5, 2020. Ron was born in West Virginia on April 10, 1940, to the late Carl and Mobrey Moss. He was a long-time resident of Suffolk and during retirement split his time between Windsor and Crewe to be close to his family.

He is mourned by his devoted wife of 48 years, Cheryl Moss; his beloved sons, Gregory Warner (Daphne), of Victoria, and Ronald Darrell Moss Jr. (Sandy), of Covington. He was preceded in death by his son, Jeffery Scott Warner. Ron is also survived by three of his 11 siblings (Betty, Jolane and Sharon), numerous nieces and nephews, and a wealth of dear family friends.

Ron was a proud “Pepaw” to six grandchildren (Thomas, Davis, Elijah, Lucas, Chelsea and Brittany) and five great-grandchildren (Brook, Ivy, Weston, Landon and Dylan). He spent his final years driving all over Virginia with Cheryl to watch his grandsons play sports. Ron was never ashamed to brag about his children and grandchildren. When he reached for his billfold, you knew you were about to see photos of grandkids.

At age 17, Ron joined the U.S. Army, completing basic training in Fort Jackson, S.C., with Company A’s Sixth Battalion, and serving his country honorably at his post in Germany.

Ron was a talented builder and the owner of R&D Builders in Suffolk for almost 50 years. He was always willing to lend a hand on a project or help someone in need.

His proudest memories were of coaching his sons, and countless other youth, in baseball and football at King’s Fork in Suffolk.

Ron was a gifted storyteller, a proud Republican, and enjoyed watching cowboy movies when a day’s work was done.  He lived an active life to his last day and will be dearly missed.

Funeral services will be held at 2 p.m. Thursday, Sept. 10, 2020, at CrossPointe Church in Suffolk, with the Rev. David Sexton and Rev. Thomas “T.A.” Powell officiating. Burial will follow at Holly Lawn Cemetery. Post condolences on parrfuneralhome.com.