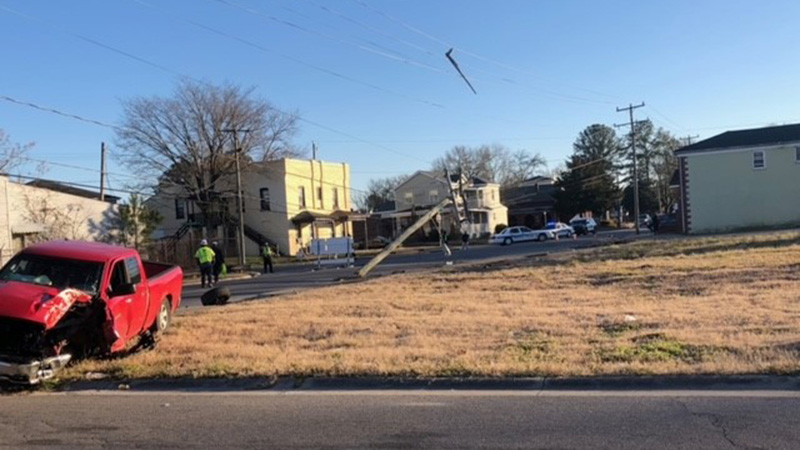 A crash in the downtown area led to a power outage on Saturday afternoon. (City of Suffolk Photo)

A crash in a downtown neighborhood caused a major power outage on Saturday.

The single-vehicle crash was reported at 3:51 p.m. at the corner of Ashley Avenue and Wellons Street and involved a Dodge Ram pick-up, according to a city press release. There were no injuries.

The vehicle struck a power pole; Dominion Energy stated about 2,000 customers were without power earlier in the day, the press release stated. By 6 p.m., the number was down to 1,088 on Dominion’s outage tracker. The tracker gave an estimated time of restoration between 6 and 9 p.m.; by midnight, all but two isolated customers in the area had power restored.