One hospitalized after crash 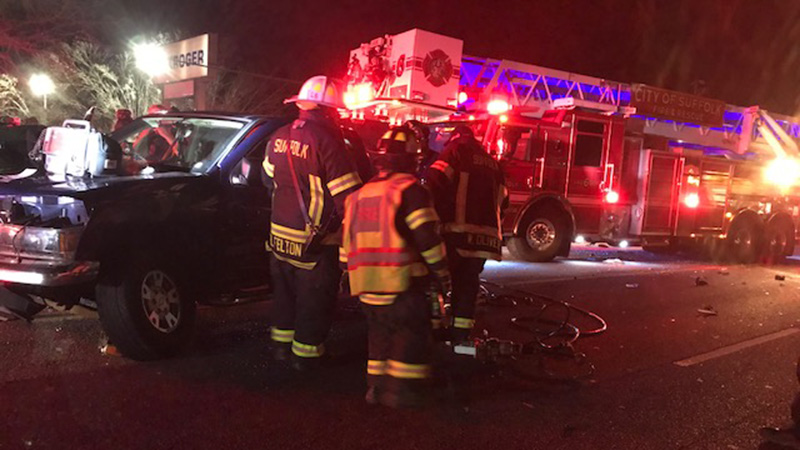 One person was taken to a hospital after Tuesday's crash. (City of Suffolk Photo)

One person has been taken to a hospital with life-threatening injuries following a crash on North Main Street.

Suffolk Police and Suffolk Fire & Rescue responded to the three-vehicle accident in the 1400 block, which was reported at 6:48 p.m. Tuesday evening.

Preliminary investigation found that one vehicle entered the intersection and struck two other vehicles.

The roadway remained closed as of 8:45 p.m., and traffic was being detoured. The roadway is expected to open by about 9:30 p.m.