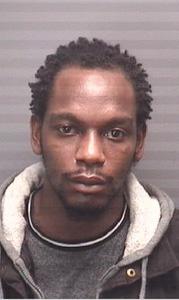 Suffolk Police have made an arrest following a commercial armed robbery that happened Thursday.

The robbery at the Miller Mart located in the 1500 block of Holland Road was reported at 6:06 p.m.

Preliminary investigation found that an adult male entered the business, forced himself behind the counter and physically confronted the female clerk while implying he had a weapon. He fled on foot after taking an undetermined amount of currency and alcohol.

He was transported to the Western Tidewater Regional Jail following his arrest.